Icon plans to use its 3D printing technology to chip away at global housing instability, putting its first large single-family homes on the ground in Austin, Texas, in what could be a test on the future of building cheap, fast and sustainable projects.

Residents are expected to start moving this summer into the nation’s first 3D-printed, single-family homes for sale in East Austin at 3503 East 17th St. near Martin Luther King Boulevard. The project is an example of how 3D printing technology can be applied to build large projects cheaper and faster than traditional construction materials.

Icon has also completed in the past month what it says is the largest 3D-printed structure in the United States: a 3,844-square-foot military barracks that will be used to house Texas-based military professionals at an undisclosed location while training in the United States, Icon said in an email. Icon also is working on a host of other projects for various private, nonprofit and government organizations including a partnership with NASA to develop habitats suitable for the Moon and eventually for Mars.

“We are still just scratching the surface on what this 3D printing technology is capable of,” said Dmitri Julius, Icon’s chief people officer, at a panel during the virtual South by Southwest tech conference last week. “We’re all willing to move at velocity and move fast and try our best to push what was previously thought impossible.”

Icon’s Vulcan 3D printer uses a mix of concrete, plasticizer, aluminum, calcium, silicates and water as a filament. The filament flows out of the printer like thick, concrete-like ribbons stacked up on top of each other. That significantly cuts down on costs tied to insulation, interior walls, exterior walls, framing, conduit, moisture barriers and labor. The materials are also more resilient to natural disasters, floods and fires than conventional building materials, according to Icon.

Icon estimates that its technology can cut costs by 20% to 30% depending on the project but the biggest cost savings comes from speed and saving on labor: A 500-square-foot home can be printed in 24 hours of print time, according to Icon. The larger homes in East Austin took about a week to print, according to media reports.

There are significant challenges. Developers still have to deal with land costs, which are rising in Austin, as well as costs associated with installing traditional HVAC, plumbing, roofing, electrical systems and other interiors. The new single-family homes in East Austin are a hybrid system, the first floors are 3D-printed but the second floor is constructed using conventional building methods.

For the East Austin project, prices start in the mid-$400,000s, the Kansas City Business Journal reported. The median price of a single-family home sold in Austin hit $491,000 in February, an all-time high for any month on record for the city of Austin, according to the Austin Board of Realtors.

Two of the new 3D-printed homes in East Austin are already under contract with move-ins anticipated for June or July, said Brooke Bauguess, Icon’s vice president of communications.

“Our goal is to put ourselves in a position to take the next step to build whole communities of houses with 100, 200, 300 units,” said Julius, Icon’s chief people officer.

Help for the homeless

“Homelessness is a huge challenge in every major city. I think we need to embrace that we need to try things that we never have before,” said Forgarty.

The Austin-based startup has grown considerably since 2018 and now has about 50 employees working out of coworking spot The Yard.

“Icon was bred on the mission that we are going to make a meaningful impact in the global housing crisis and attempt to solve that problem at scale with our technology,” said Julius. 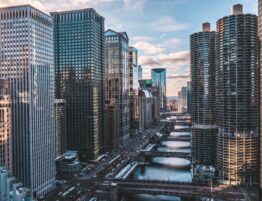 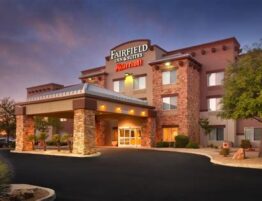 Lasting effects? Last year turned many apartment fundamentals on their head in ways that could… 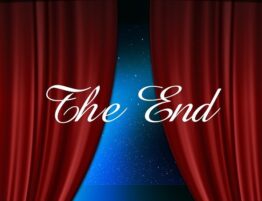